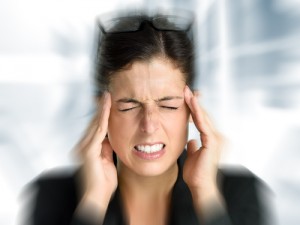 In recent years, dentists, orthodontists, and doctors have become increasingly aware of the seriousness and frequency of TMJ disorder. In fact, according to the National Institute of Dental and Craniofacial Research, more than 10 million Americans may suffer from this condition, which causes inflammation in the jaw joints and surrounding tissues. While most people associate TMJ disorder with jaw pain, as your Ft. Worth orthodontist will explain in this post, TMJ disorder has a wide range of symptoms.

What Is TMJ Disorder?

TMJ disorder (TMD) arises when there is pain, irritation, or inflammation in the temporomandibular joint (TM joint), the surrounding muscles, or the nearby ligaments. This joint is extremely complex, and offers a wide range of motion; your TM joint allows you to open and close your mouth and move it side to side. This joint is in almost constant motion, and you probably do not realize the thousands of tiny movements that your jaw joint makes each day. TMD is a rather mysterious condition because doctors are still not certain of its causes. Sometimes it is the result of repeated grinding or clinching of the teeth, and it can also result from a blow to the head or face. TMD can also occur when the soft, cushioning pad between the joints has slipped out of place.

As you might expect, the most common TMD symptoms include jaw pain, tightness in jaw, and a popping noise when opening or closing the mouth. However, there are a number of symptoms that seemingly have nothing to do with the jaw. Because the symptoms are apparently unconnected to the jaw, many people suffer for years, unaware that relief is within their reach. Some of these surprising symptoms include:

If you have experienced one or more of these symptoms, you may be suffering from TMD. To learn more about this condition and your treatment options, call our office at (817) 236-7846. Dr. Ciro Cabal proudly serves patients of all ages from Ft. Worth, Azle, Saginaw, Springtown, Weatherford, Haslet, and the surrounding areas.