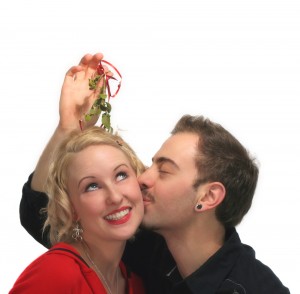 If you’ve ever kissed someone under the mistletoe during the Christmas season, chances are you weren’t thinking about how the tradition began. However, tracing the origins of the mistletoe kiss is not simple. There are numerous myths surrounding the custom, some of which even predate the Christmas tradition. Lake Worth orthodontist Dr. Ciro Cabal discusses a couple of these myths to help shed light on the time-honored ritual.

Druids and the Winter Solstice

In first-century Britain, the Druids held the mistletoe in high regard. They believed the parasitic plant could perform miracles, from enhancing fertility to healing diseases. It was also rumored to ward off evil spirits and protect people from malicious witchcraft. Druids would pass sprigs of mistletoe out to the people while celebrating the new moon after the winter solstice, and the people would be safe from evil and enjoy good fortune. Today, couples who kiss under the mistletoe purportedly enjoy a year of happiness and good luck.

Vikings and a New Hope

Sometime around the eighth century, Vikings believed mistletoe could raise their loved ones from the dead. The belief stemmed from a legend involving the resurrection of the summer sun god, Balder. After Balder dreamt he would die, his mother, Frigga (the goddess of love and beauty) frantically set about pleading to all of the earth’s elements, animals, and plants not to kill her son. Balder’s only enemy, Loki (the trickster god), found a loophole in Balder’s safety—mistletoe, which is parasitic to trees, has no roots of its own and was therefore not beholden to Frigga’s request.

Loki poisoned a dart with the mistletoe sprig and tricked Balder’s blind brother, Hoder, into shooting Balder with it. The earth and all of her inhabitants tried, and failed, to revive Balder, but it was the tears of his mother, Frigga, that changed the red mistletoe berries white and resurrected him. She then blessed the mistletoe and kissed everyone who passed under it in remembrance of the miracle that brought life back to her son.

Kissing Under the Mistletoe

The modern tradition of kissing under the mistletoe for good luck likely stems from mistletoe’s ancient associations with good fortune and fertility. Today, however, it is more often performed light-heartedly, and is a fun addition to a variety of traditions that make the season a joyous one. Although fun, you’ll still want to ensure that all of your mistletoe kisses are memorable for the right reasons. To help keep your mouth kissable, call Lake Country Orthodontics today at (817) 236-7846 to schedule a consultation with your Lake Worth orthodontist. Located in the 76135 area, we proudly serve families from Lake Worth, Azle, Saginaw, Springtown, Weatherford, Haslet, Lake Worth, and all surrounding communities.